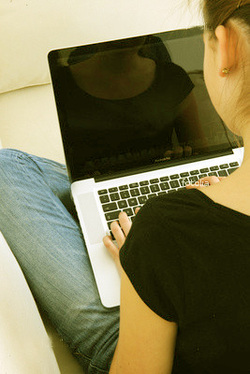 
"If you were thinking moving back to Amman was part of my plan, then you’re as wrong as Obama’s Middle East policy. I am a poet, activist, feminist, Muslim, pan-Arabist queer woman. Last August, I turned my back on Philadelphia; the city of brotherly love, cheese-steaks, south street tattoo parlors, smiles, Murals, sexy curvy women of color (Gia anyone?), and best of all, happy Queer people. I did it to be here, where the rainbow hesitantly hides within the cracks of a narrow street. Naturally, coming back to Amman was not plan B, it was my plan Z. (no offence by all means, I am Jordanian after all)

I am not out to my family. I was -and still am- scared my dirty secret will leak into gossip drooling mouths. I care because I want to have a family. It’s a basic human right refuse to sacrifice, and I am willing to hide a whole chunk of my life away from my parents to have it. This kind of lying does not make me evil, it makes me desperate.

Although I had lived in Amman for 18 years before leaving for college, I have never lived here as a lesbian. As a matter of fact, I only found out I was a lesbian a year and 7 months ago. I thought I was straight woman, who was not attracted to men and who had “make out with a woman” neatly written on my pre-graduation ‘to do list’, along with “get graduation gown” and “sell microwave”. To sate your curiosity, yes I did it. Within a year I made out with three women, and stood in love with one majestic Palestinian.

One good thing about being in Amman is women. I love Arab women. But I must say, Jordanian women need to slow down on the excessive make up, hungry looks, and that socially-unaware mentality they embrace  to please straight men (side note: I am not a man-hating “lesbo”. I do not think all straight men are oppressive. I just think those who feel threatened by literate females are oppressive. Frankly it’s not my fault if the majority of straight Arab men happen to be that way). Woman, wear your curls, stop treating your hair like a wrinkled shirt collar and do talk politics. You have curves but the extra flesh is an addition to your beauty not a subtraction from your brain.

There are a few things I hate about Amman. Number 18, I hate outrageously gay people who suffer from severe cases of self-denial. I am an outrageously gay human being. I’ll admit it. Also, I hate being identified as a “Lesbian”. Please don’t call me that. I sincerely wish the title of this article wasn't “new lesbo in town” (Side note: I did not pick it). This title makes sound like a nickname for a semi-trailer truck with a shoe dangling from its exhaust pipe or a new kind of cucumber. I hate “lesbo” infinitely more than lesbian.

"Same-sex couples are encouraged to fit the heterosexual model one way or another. For example, effeminate men are expected to be with masculine men..."

I like to identify as a queer ‘womyn’ (yes womyn) because I believe in LGBT unity. I spell it ‘womyn’ because have you ever noticed how wo-man has “man” it it, and “man” originally meant “human”, which basically means I am a human, but a “wo” kind of human? I do not want to be a “wo” kind of human. Thanks, I’ll leave humanity to men. I’ll tell you why, because “hu-man” has man in it too and since -due to my lack of a vital penis- I belong to specie “wo” of “man”, I do not belong under the category of “hu-man”. “Man” is the only pure and authentic being, at least linguistically. But I’ll belong to a different specie, I’m cool with it.

The LGBT community in Amman keeps trying to categorize me as lipstick or butch. I am neither. These identifications are heteronormative (normalized or picked by heterosexual people). Same-sex couples are encouraged to fit the heterosexual model one way or another. For example, effeminate men are expected to be with masculine men, i.e. the feminine gendered man goes along with the masculine gendered man in the same way that woman goes with man. I have abandoned heterosexuality with all its rules and regulations long ago, why would I try to fit their model? I am a womyn who likes womyn. I express my gender identity in a highly bipolar manner, you may find me in a dress in the morning, and in a suspenders and a bow tie in the evening.

One bad thing about Amman is, where the hell are the lesbians?! I have not met one. Thank God I’m already committed to someone. If I wasn’t I would’ve died from lesbo-deprivation. My gym has a few queer women that my newly acquired built-in gaydar can spot, out but I’m not sure they are aware of their gayness. This gym I go to isn't coed, it’s gender-separated. Many of my straight friends pity me for going to a separated gym. Little do they know how much I enjoy walking around in my sports bra and enjoying the scenery! I’ve had my six packs since I was 7 years old when I was on a national team. It’s not something I’m extremely proud of. They are a resonating scar of the physical and sexual abuse I endured, and the fact that I missed out on my childhood to be an athlete. Nonetheless, I carry them.

I’m aware that I fit the queer woman stereotype quite well; athlete, went through sexual abuse, feminist. Truth of the matter is I have come to need affection from women, as opposed to men. Whether this was brought about by my biology or environment I couldn't tell you. I am not rebelling against anyone. I am merely accepting myself. I dare to be happy. It hurts to know that my mother will never carry my child from another woman, and that society insists that my God abhors the heart that has graciously housed me. I wish my identity was not as controversial as it is. However, I refuse to apologize for who I am. If you are someone who is still struggling with your identity as a queer person, I am someone who has been there too. There were times when all I wanted is to be friends with myself. I hope you find peace, you deserve it too."


Alyah will be writing for her new column in My.Kali 'Lesbo & The City' on monthly basis, so stay tuned on her city-life-living as a newbie in the LGBTQ life in the Arab world. Contact to Comment or drop an empty email to be on My.Kali's mailing list to receive monthly reminders... (here>)